Beijing Qinghe Railway Station has 4 floors. The departures hall is on 2F. The entracnce, exits, ticket offices, arrivals and platforms are on 1F. Transfer hall, exits, passage and parking lot are on B1. 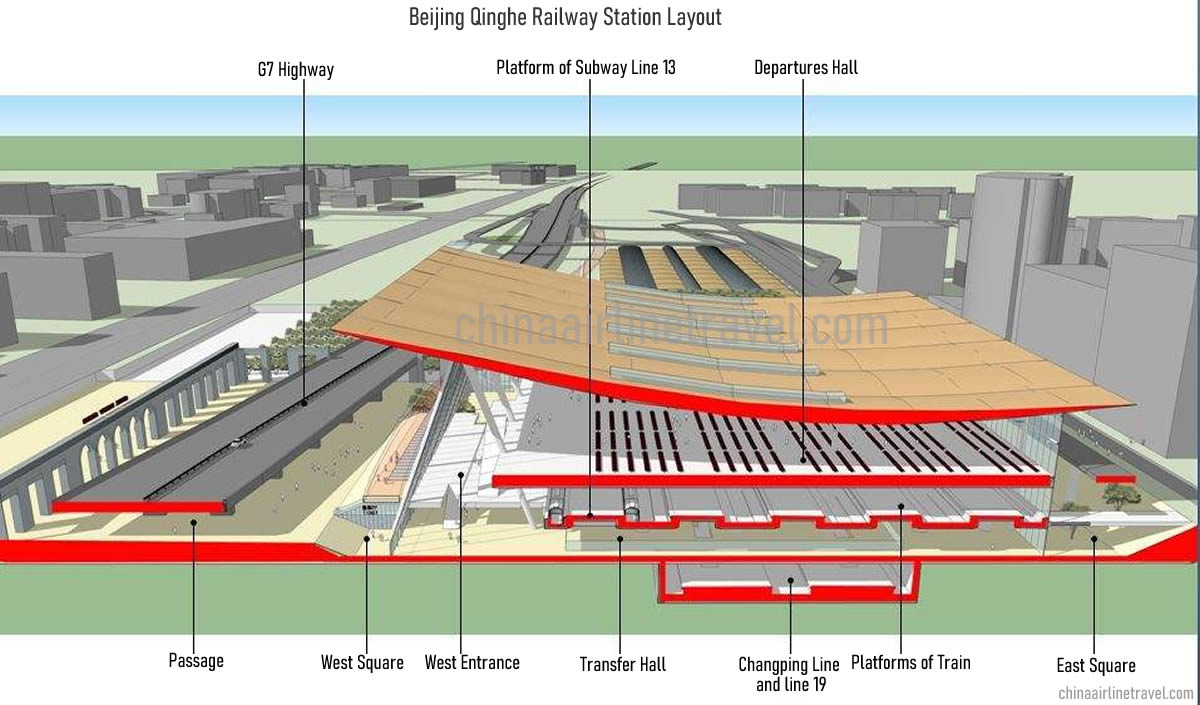 The public transports are included Subway line 13, bus and taxi. Subway line 13 is mostly recommended, How to get to Beijing Qinghe Railway Station?

Subway line 13 is mostly recommended public transport to get to or leave Beijing Qinghe Railway Station, including get to the downtown of Beijing, Beijing Daxing Airport and Beijing Capital Airport

Taxi is one convenient and fast, but also the most expensive way to get to or leave Beijing Qinghe Railway Station.

Since Dec 2019, the electronic tickets have been available on most high-speed and bullet train routes from or to Beijing Qinghe Railway Station.