Beijing Chaoyang Railway Station has 3 floors. The departures hall is on 2F. The entracnce, ticket offices, and platforms are on 1F. Exits, arrivals, and parking lot are on B1. 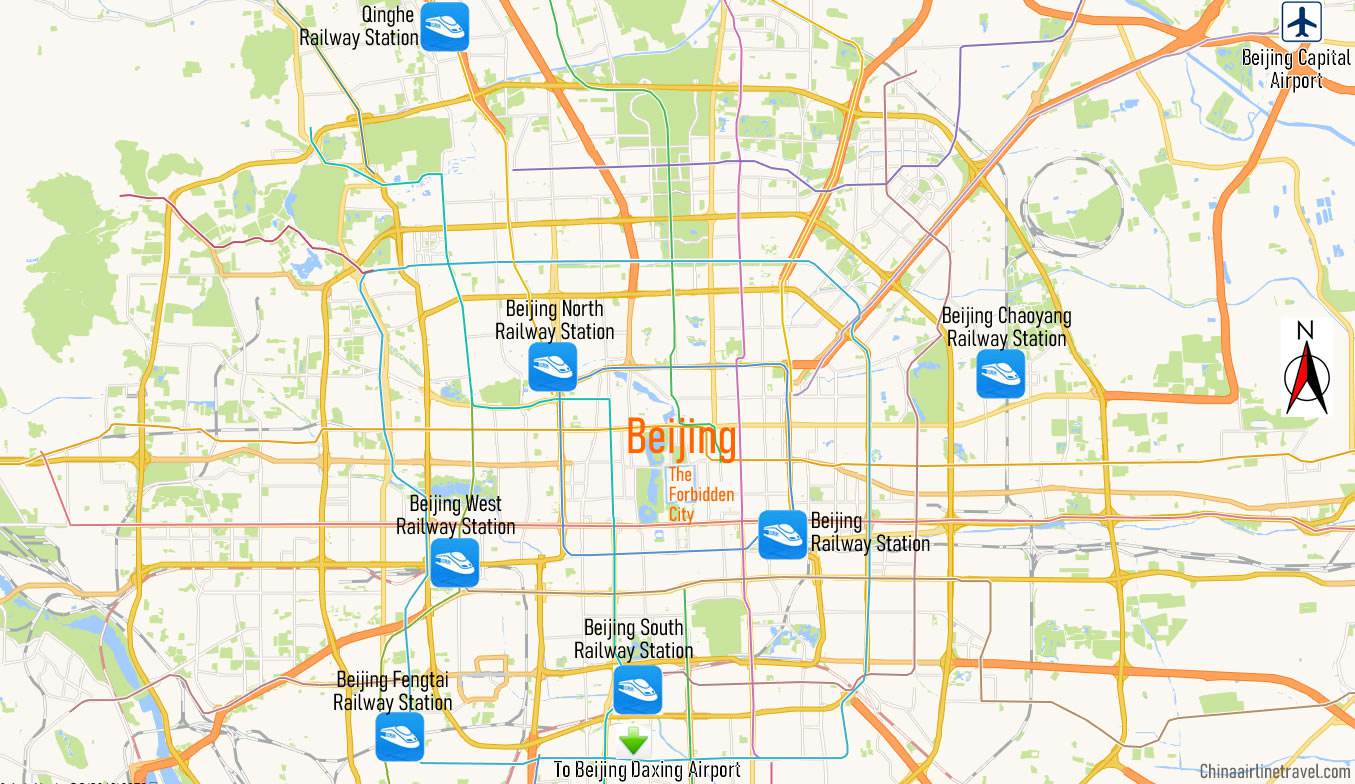 The public transports are included bus and taxi. Taxi is mostly recommended. The metro line 3 will be available in 2023. How to get to Beijing Chaoyang Railway Station?

Taxi is the most convenient and fastest to get to Beijing Chaoyang Railway Station.

Step 1: Get to Beijing Chaoyang Railway Station by Taxi or Bus or Car 45 minutes before train departure.

Since Dec 2019, the electronic tickets have been available on most high-speed and bullet train routes from or to Beijing Chaoyang Railway Station.