B1 Level is the underground level, includes 16 train platforms exit, metro line 2, Line 10 and line 17 station. The bus stop and taxi stand are also on this level. There is an air-conditioned passage to Terminal 2 of Hongqiao Airport, 800 metres, 10 - 15 minutes walking. This level connects high speed trains to other forms of transportation.

Level 1 is where all 30 tracks running through the station are located. Passengers board the train on Level 1

Level 2 is the departure hall, including 12 ticket offices.

Level 3. There are two unconnected parts, one above Row A, and the other above Row B. Both offer shop and food.

There are 12 ticket offices at Shanghai Hongqiao Railway Station

What are arrivals at Shanghai Hongqiao Railway Station? 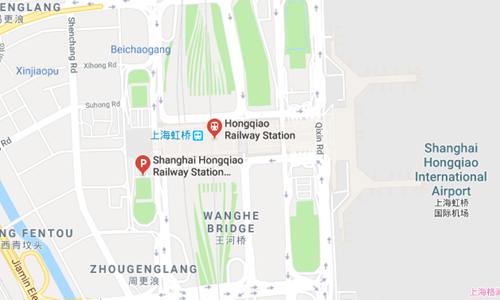 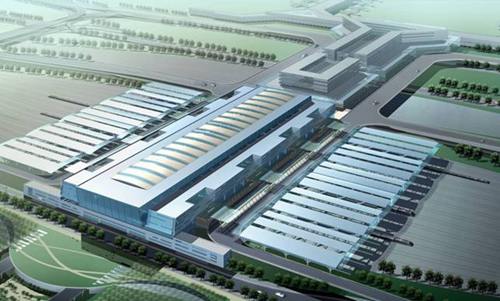 There are 4 floors at Shanghai Hongqiao Railway Station 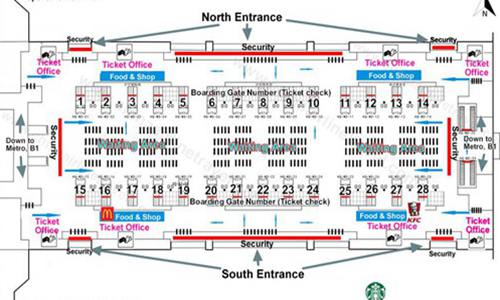 Get to Pudong Airport

Get to Hongqiao Airport 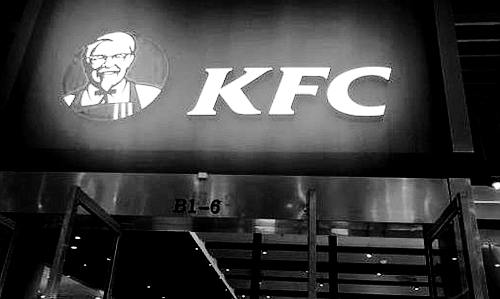 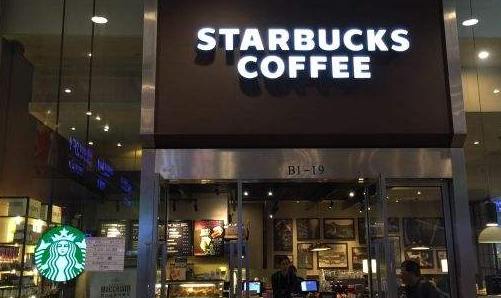