How many railway stations in Dalian? 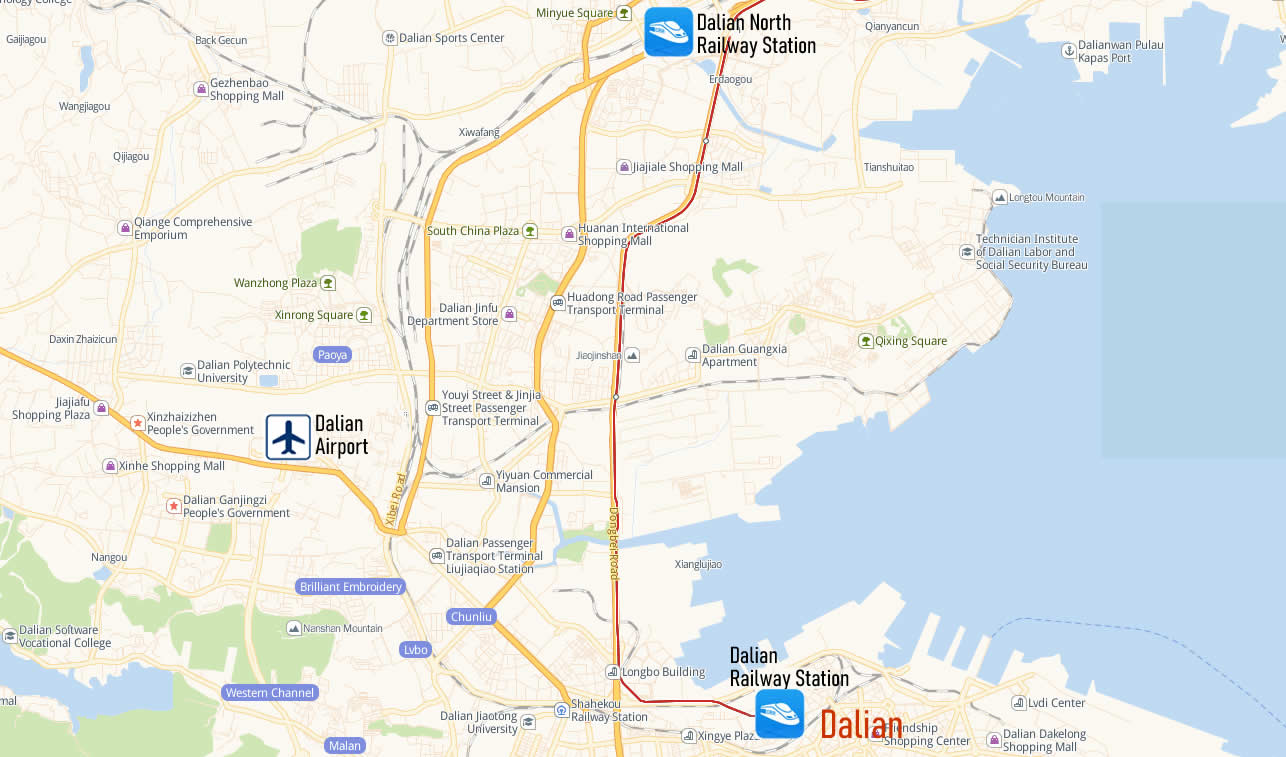 How to get to Dalian Railway Station?

Dalian North railway station can be reached by Metro line 3.

The metro station location: B1 floor on north station square, 100 metres from the north exits

Taxi is one convenient and fast way to get to or leave Dalian Railway Station.

There are 9 bus routes to or pass Dalian Railway Station, including bus 200, bus 408, airport bus, etc. The bus stations are on south station square and north station square.

How to get to Dalian Airport (DLC)?

Step 2: Get through the real-name ID check. Please show your passport to station staff at entrance of station. The staff will scan your passport to check your identity document and your booking.

Step 4: Have a seat near the gate to wait for check-in and boarding. The ticket check gate will be opened 20 - 15 minutes prior to the departure time.

Step 5: Ticket check. Please show your passport to station staff to check in . The gate will be closed 5 minutes before train departure

4 ticket offices are on 1F

Since Dec 2019, the electronic tickets have been available on most high-speed and bullet train routes from or to Dalian Railway Station.

How to check in the train by E-ticket? Please click on here to get guides.

If you still need to pick up train tickets, please click on here to get guides.

Step 1: After get off your train, follow direction signs to exits.

Step 2: Please show your passport and confirmation No.(or printed ticket) to station staff to check out.

There are some food options on 1F and B1, including Chinese food, fast food, Starbucks, KFC and Mcdonal's.